I have had very strange dreams for the past few weeks, ever since I purchased my iron claw charms. Some images still stick with me, as well as a cold laughter echoing in my mind.

The closest to the laughter I have found.

I hadn’t been able to figure out Who was standing just outside my vision, even attempting to sketch out the short glimpse that I caught of Her, but failing to capture anything close to the visage I saw in my dreams, as the laughter in the above clip bounced off of the deep stony cavern around me. The video doesn’t seem to really capture it completely though, it was more husky sounding, not quite raspy, but a rich feminine laugh.

Trying to explain it doesn’t help much either, it is like trying to catch raindrops as they evaporate away.

The other important detail that has stuck with me since these dreams have started is the ornate, metallic headdress that had beading, feathers, charms, chains, and precious stones set into it. Angular lines, with double angles meeting in the middle with a claw or reddish object that glows.

The face beneath this was wizened and angular, sort of like Professor McGonagall from the HP universe. But as my note says, with sharper cheekbones, red eyes, and looking more feral. I also glimpsed sharp teeth too, but only for an instant as She smiled at me.

Like this, but more feral. With red pupils, and sharper cheek bones.

Tonight I was perusing Etsy (the evil, tempting siren that she is) and stumbled upon the headdress from my dreams. Not necessarily the Being wearing it, but the headdress itself. This picture was simpler than my dream, but the way it lays across the forehead is just what my dream was. 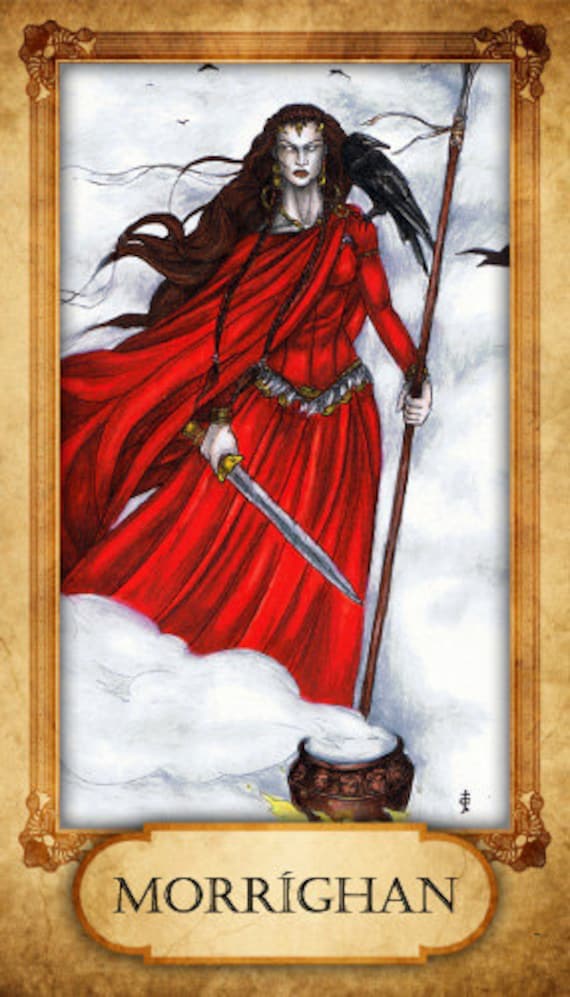 Lady from my dreams?

This helm that I discovered afterwards is a better representation of the image from my dreams. 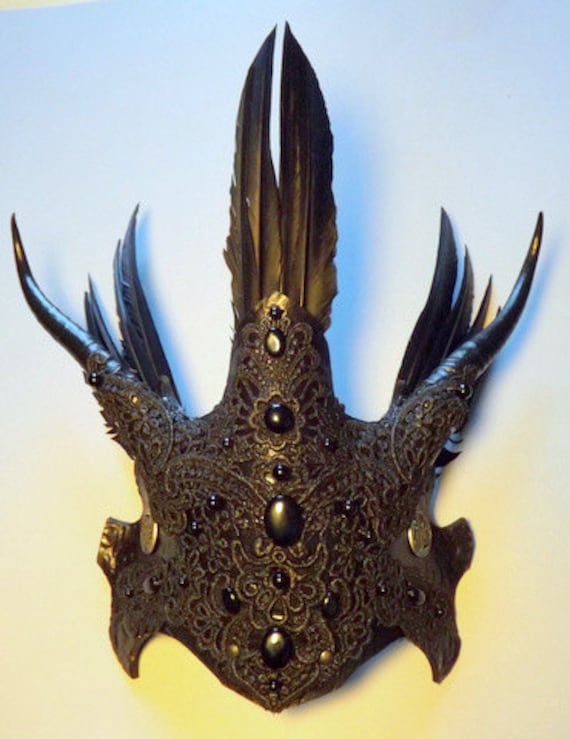 This, but with dark red stones and silvery edges along the browline.

My heart nearly popped out of my chest, and I had to talk myself down from running away in sheer, blind panic. I haven’t felt a fear response like that in a long, long time, but this did it. I felt pinned beneath a huge presence that was predatory, curious, and seemed to peer into the depths within that I didn’t know I had. In the first time in about 4 months I felt a panic attack building so much that I was convinced I needed some of my PRN meds to stave off a breakdown.

Everything kept falling into place, all of the pieces that were jumbled like Scrabble tiles suddenly seemed lined up in an ominous, yet pleasant enough “Hello *whack* can you hear me now?” moment.

It all makes so much sense now, I just didn’t see it. Everything culminating in a “Holy Shit” moment unlike anything I have felt in a long time.

I felt something similar (and at the same time, not) when Loki finally got through to me though, so it seems the forceful greetings are the ones that make it through my consciousness.

The bag of 12 crows as a gift, the insistent urge in 2009 to get the tattoo that adorns my left shoulder, my connection with Ravens and Crows spanning my entire life, my job as a Death-Midwife while working as a CNA, waking up with the taste of hot blood in my mouth, the connection with darker deities without knowing Who to honor for certain.

Now to determine what to do next… As I flail about trying to decipher what it is She wants me to do, and where to go from here.

I am a proud mom to 3 beautiful girls, and married to the love of my life. I have been a practicing Witch since the summer of 2003, having studied many different paths over the years, ranging from Wicca, Goddess only worship (courtesy of StarHawk), Eclectic Paganism, Kitchen Witchcraft, Norse Paganism, Hearthcraft, Spiritual Luciferianism, and more. I have worked with the Futhark runes, Brian Froud's Faeries Oracle deck, Tarot decks, and I am currently working on a customized divination set based on collected items. I like to work with herbs, and gardening. I crochet and make handicrafts like wood burned items, paintings, drawings, toys, and hand sewn doll clothes for my daughters. The only title I call my spiritual path is Witchcraft, as using magic entwines deeply with the worship of the Gods who call me Their own. My Patron deity is Loki, who has chosen me as His kin.
View all posts by darkbookworm13 →
This entry was posted in Deities, Dreams, Personal Gnosis, Spirituality and tagged Deities, Dreams, Fear, Personal Gnosis, Spirituality. Bookmark the permalink.

6 Responses to Holy terror, and pieces falling into place…

Intuitive Goddess - My calling is to encourage, motivate & support you as you awaken and connect to your Inner Wisdom, your Sacred Feminine Essence.

Traversing the Veil - Inviting the Mysteries to Unfold - Playing Host to the Dance of Shadow & Light.

hidden and on a budget

musings of a pop culture pagan

Until morale improves, the crocheting will continue.

One guy's journey in the world of crochet

It's gotta be here somewhere

A Site of Beautiful Resistance

Witches Of The Craft®

"Witchcraft for the 21st Century"

Magoism, the Way of WE in S/HE

As above, so below

A devotee of Inari-Okamisama, Druid and Eclectic Pagan

where flowers grow amidst the ashes

the old gods and the new

The Logic of Science
satanicviews

Words by Auckland based community activist and advocate Chloe Ann-King. She isn't sorry about all the swears.

We the People Shall Rise

Creativity is contagious, pass it on

The Creative Journey Of The Artist Michel Watson

in which I detail my cyclical journey through the craft world

Traditional Wicca in the American South

trapped in the broom closet

This Blog is currently under reconstruction. Please bear with us as we sort it out.

Exploring Myself and the Northern Shaman Path

Confessions of a Geek Queen

News & rants about all things geeky